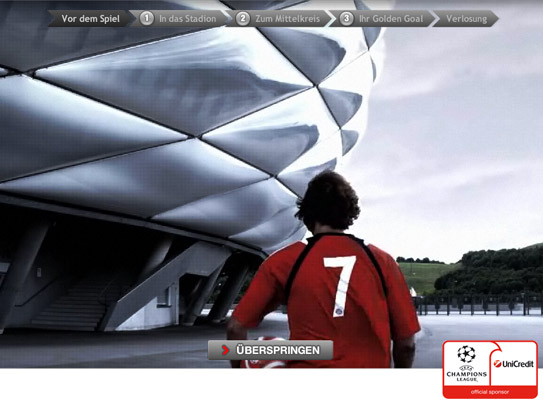 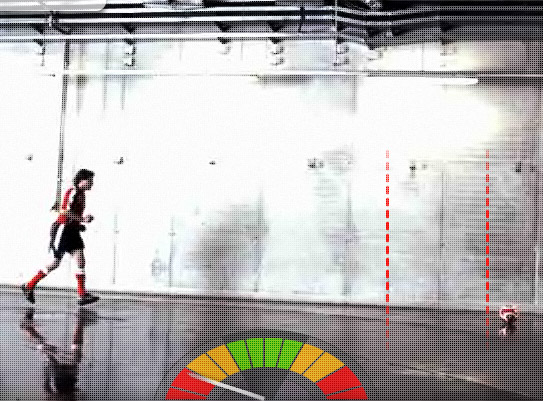 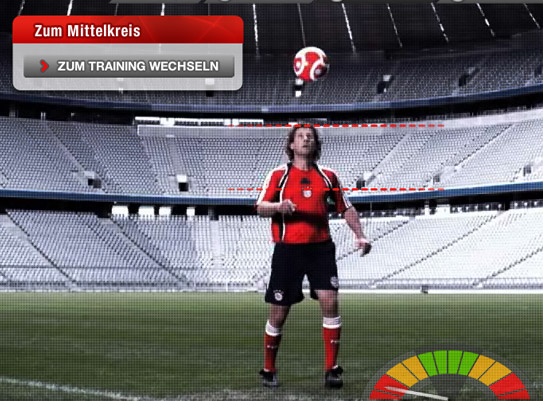 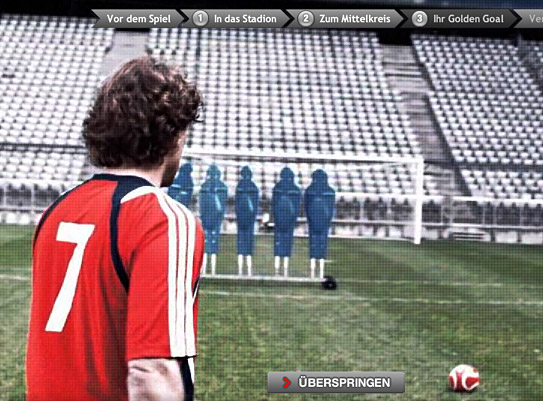 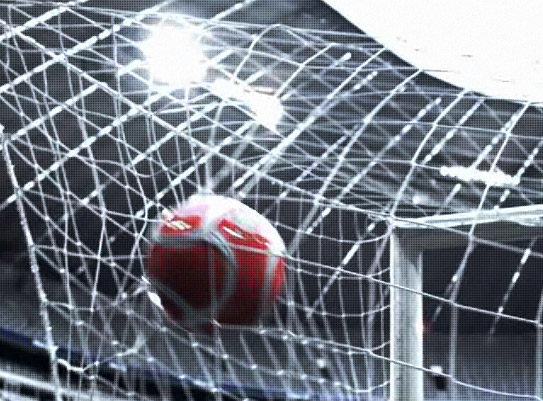 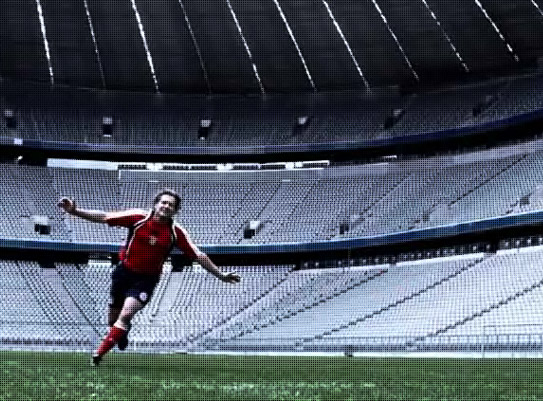 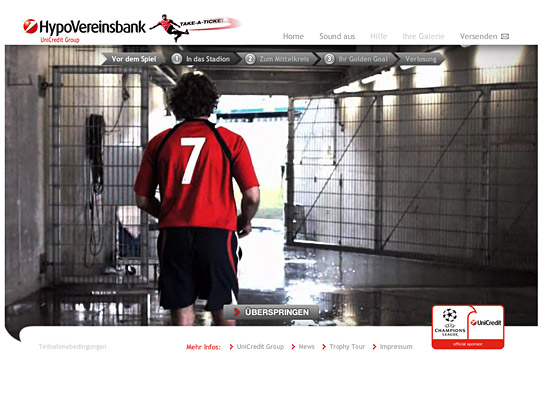 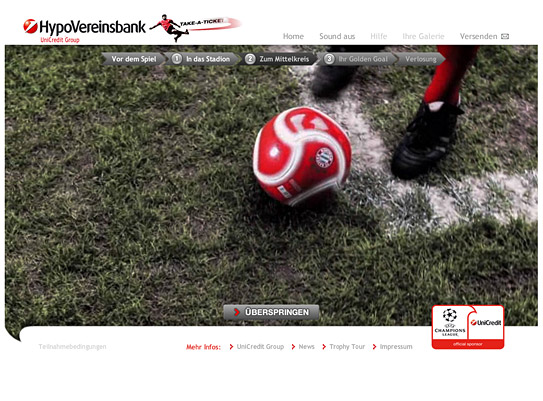 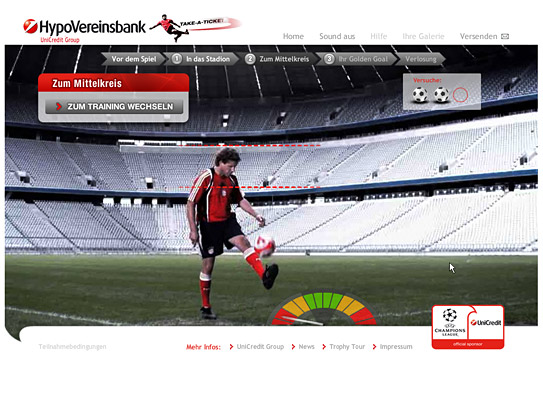 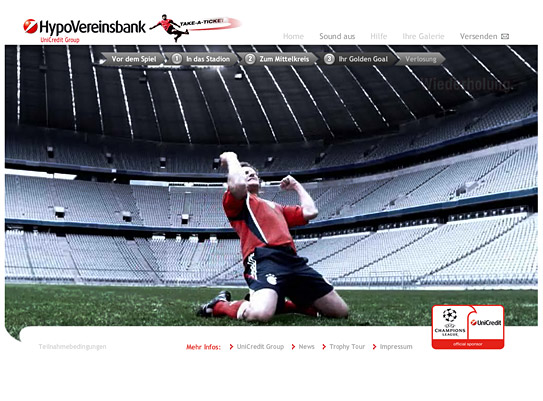 Three steps to earn a ticket for the UEFA Champions-League; Players control a football player in three subsequent challenges. A long shot is required to bring the ball into the stadium. A trick shot through several rooms under the stands ends up at the center of the playing field. A final penalty shot at the goal qualifies the player for the associated sweepstake. The adgame created for the UniCredit Group consists of interactive video sequences and includes voiceovers by a real stadium speaker.